Everything You Need To Know About Woodland Mansions

Woodland mansions are some of the rarest generated structures in Minecraft, and contain some of the best loot, though many players have never even seen one before.

If you’ve ever stumbled across one, count yourself lucky, as you’re in the vast minority. On the Minecraft creative servers find woodland mansions across the Gold world for you to claim and conquer. In this article, we’re going to go over exactly what these structures have in store for you, and the easiest way you can track one down in your own survival world, so be sure to read through to the end.

Without further ado, let’s start by going over a bit more background info regarding these elusive structures.

What Exactly Are Woodland Mansions?

Woodland mansions are enormous structures that generate exclusively in Dark Forest biomes. They’re easy to spot due to their size and have a distinctive brown colour because of the dark oak planks that they’re primarily made from. Though these structures all look the same from the outside, the rooms you find inside vary and are spawned randomly, many of which contain good loot.

Because woodland mansions contain plenty of loot, the game isn’t going to make things too easy for you, so expect to come across plenty of dangerous mobs within, too – more on those in a bit!

Next, let’s talk a bit about the process of tracking down a mansion.

How To Find A Woodland Mansion

Being prepared to explore a woodland mansion is all well and good, but if you can’t even find one in the first place, then all that preparation is for nothing. So, in this section, we’re going to talk about the easiest way to track down a mansion. Let’s begin. 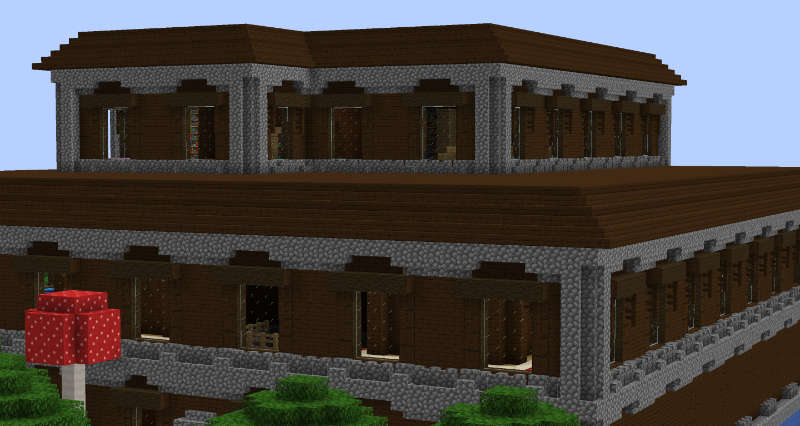 Once you purchase your woodland explorer map from your cartographer for 14 emeralds and a compass, you’re all set. Grab your gear, stock up on food, and set out on your adventure!

If tracking down a cartographer seems like too much hassle, then there’s also another way to locate woodland mansions easily, though you’ll need to be in creative mode for this to work. Simply type the /locate mansion command, and you’ll be given directions to the nearest mansion. It’s simple and easy, though it takes away any sense of accomplishment, so we’d only recommend using this method if you’re really stuck or short on time.

As mentioned earlier, woodland mansions contain an assortment of randomly generated rooms, and in this section, we’re going to talk about some of the main ones. 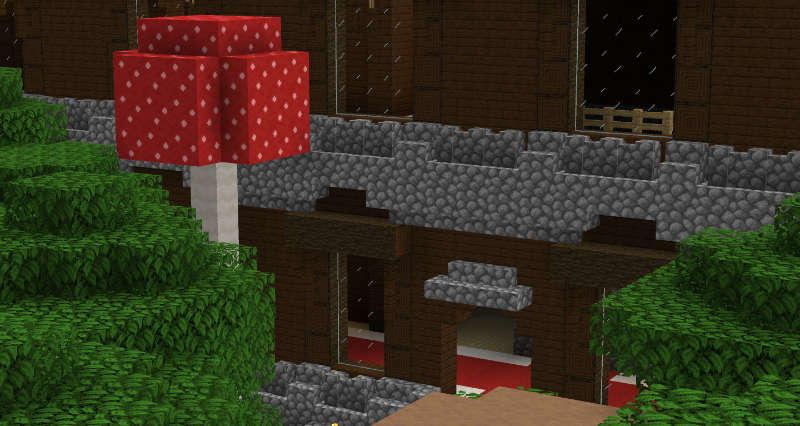 Many rooms in woodland mansions are pretty standard and filled with small structures like bookshelves, desks, beds, and pots. Don’t expect to find too many exciting things in these rooms, but by all means explore them as you may find some items of interest like coloured carpet tiles, redstone, and various flowers.

Loot rooms are typically quite bare but have a chest hidden somewhere within them full of loot. You can expect to find anything from leads and nametags to diamond chestplates and golden apples, so always be on the lookout for these rooms when on your OneBlock adventure.

Wool rooms contain large sculptures made from wool and are some of the most exciting rooms to come across. Typically, you’ll find a giant black wool cat sculpture or a giant wool chicken sculpture, though you may also find an illager sculpture if you’re lucky.

Secret rooms are closed off rooms that have no entrance and can’t be accessed without breaking through a wall, floor, or ceiling. Some contain rare loots chests and blocks within them, while others contain nasty traps, so be careful when searching for these. Some of the different secret rooms you may come across include the following:

· Secret Chest Room – A secret room with one or more chests hidden within.
· Obsidian Room – A secret room containing a pile of obsidian with a diamond block hidden underneath.
· Spider Room – A secret room full of cobwebs with a spider spawner at the centre.
· Fake End Portal Room – This room has a structure at the centre of it made from wool and cobblestone that’s supposed to resemble an end portal room found in strongholds. There’s a trapped chest with TNT surrounding it in this room, so be sure to remove the TNT before opening the chest otherwise everything will blow up.

Lastly, let’s talk about the dangerous mobs you can expect to find in woodland mansions. You’ll find the occasional zombie or skeleton dotted about mansions thanks to the low light levels, but vindicators and evokers are the main mobs, so we’re going to focus on those. 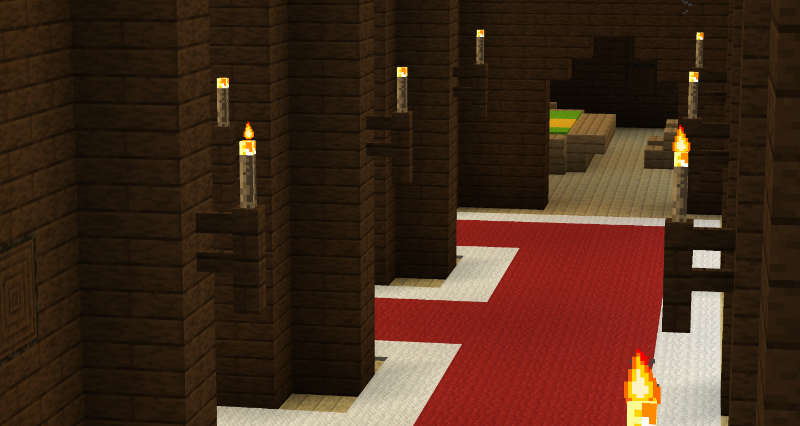 Vindicators are strong illager mobs that wield iron axes and deal lots of damage. They spawn in various rooms within woodland mansions and should be approached carefully. Popular on Minecraft skyblock servers because they are a great mob spawner to farm. We'd recommend using a bow and arrow when fighting them to keep them at a distance, because if they get close enough to hit you, you'll lose a lot of hearts.

Evokers are often seen as the boss mobs of woodland mansions, with every mansion having one or two of them lurking within. They’re extremely dangerous and use powerful magic spells to deal damage. They can also summon vexes, which are hostile flying mobs that deal a lot of damage. If you’re planning on fighting an evoker, make sure to bring your strongest armour because they don’t mess around.

Though evokers are tough, if you manage to take one down, you’ll be rewarded with a totem of undying, which is one of the most useful items in Minecraft. The only way to get a totem of undying is by killing an evoker, so it’s definitely worth taking one on. 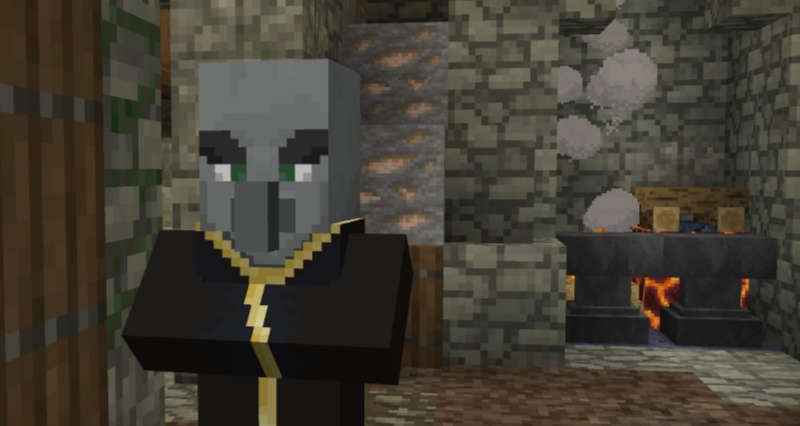 Woodland mansions aren't the easiest to find or explore, but they're 100% worth tracking down if only for the totem of undying you're guaranteed to get from killing a mansion's evoker. We hope this article has helped you understand a bit more about woodland mansions and that you feel prepared to go out and explore one of these elusive structures yourself. Best of luck out there!