The Minecraft skyblock servers updated for 2022

Today we'll explore one of the largest server networks in Minecraft that has been updated for 2022. SkyBlock minecraft servers have been around for years; however, the game mode has evolved to include new variants such as OneBlock.

What minecraft servers have skyblock?

OneBlock MC is one of the top voted skyblock servers. To start playing, open Minecraft and head to multiplayer.

Expand your skyblock base into the nether and slay the mobs from the new 1.16 update such as the Hoglin, Zoglin and more. Add new creatures such as a Panda to your base, setup an aquarium from the minecraft 1.13 update with sharks, the colorful reefs and even turtles. 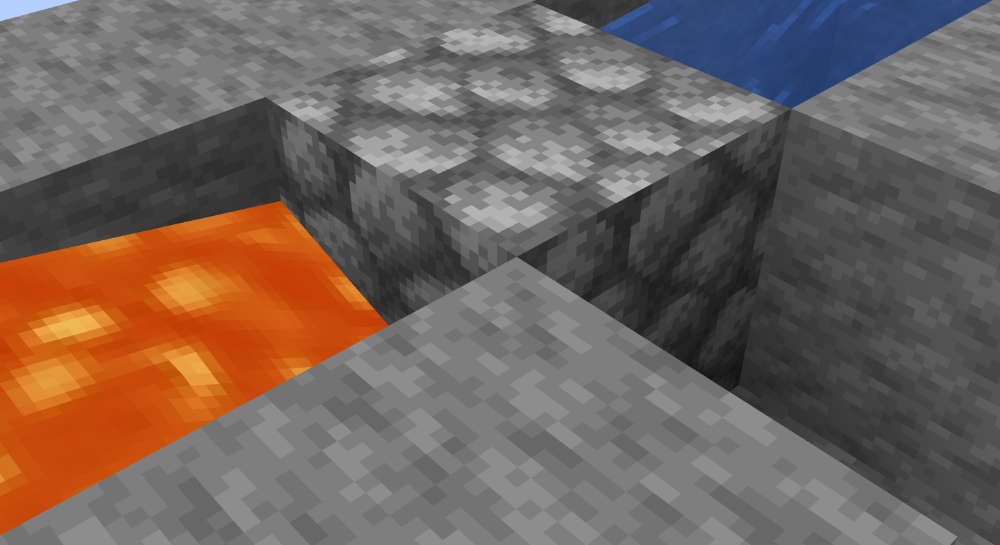 While the 1.18 update has just been released, expect servers such as the top oneblock skyblock server to be updated to the version in the future. How do you think this update could effect the skyblock universe? We expect new islands to explore with features such as amethyst caves and more. 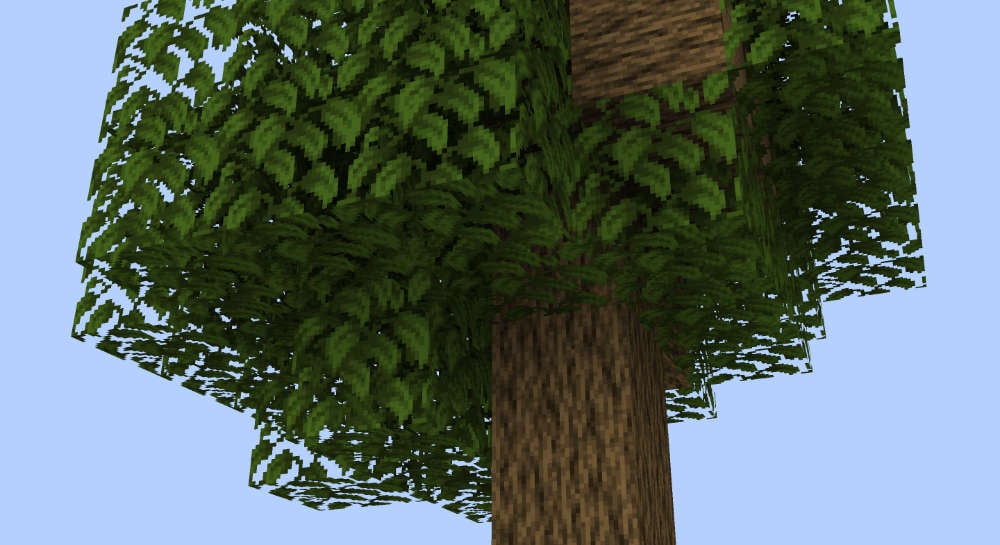 SkyBlock has evolved from a simple island with a tree and buckets. Today, there's dozens of new features to enhance your gameplay and make it even more fun.

Skyblock servers such as OneBlock MC offer over 200 new enchantments in the game. This makes the grind much more exciting and also adds more of a trophy element to the game. Tinker your enchantments, trade in bits with the alchemist and build up gear for all types of adventures.

Create weapons based around tasks such as grinding mobs as fast as possible with enchantments such as the Beastslayer. This enchantment increases damage dealt to hostile mobs.

You can even make your items unbreakable by using the Abiding enchantment. Trade in XP for enchantment books and hope you get a good success rate. If the success rate is low, the item could be destroyed when you attempt to add it to an item.

This system is also great for trading. Setup shops or trade old books in chat with other players. This can add to the community feel of the skyblock game.

A staple in most mobile games nowadays, in 2022 they are still as popular as ever. There's a wide range of crate keys which can be won on all types of minecraft skyblock servers. Crates can be purchased, traded or earnt by completing quests and events.

For example, on OneBlock MC you get a quest crate key with every quest you complete. There's also servers which reward crate keys for winning events such as the king of the hill.

Crates can be spun in the server lobbies for a chance to win a wide-range of rewards. You can usually left-click the crate to preview the rewards that are available. Right-click with your key in hand to spin for the prize. 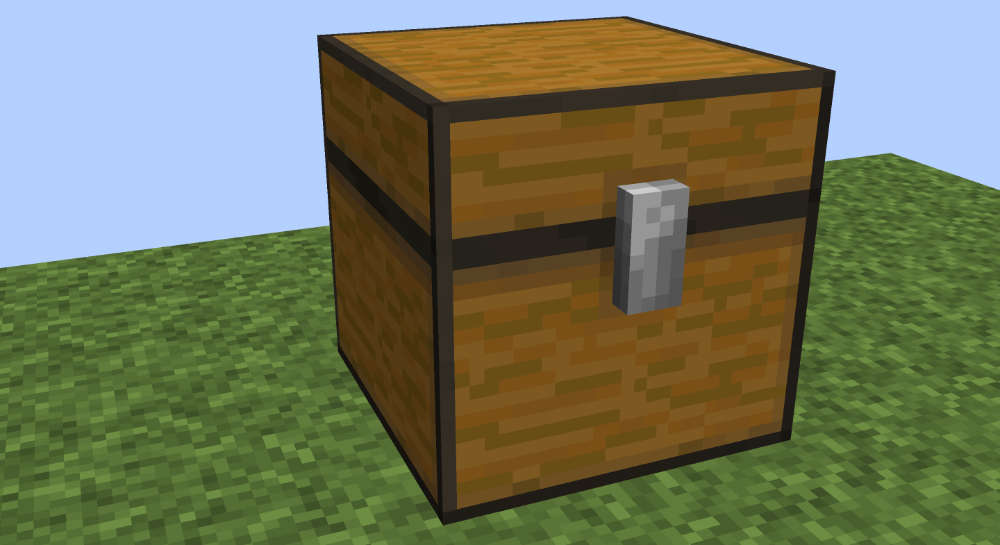 What better way to take part in the multiplayer economy than with the Auction House? On all skyblock servers, there is some type of money system. Usually labelled as either coins or dollars and can be usually be checked by running the "/balance" command or with an on-screen display.

Earn money by buying and selling items to the server shop, completing quests, or even taking part in the server auction house. The auction house is participated in by players from across the entire server and can show you if there is an active community.

Here, players list items for sale and then they are bidded on through the virtual menu. This can be one of the most fun parts of the game, as there could be dozens of players bidding on one item. You can list your own items and make money this way too!

King of the Hill

Head into the arena and face off against other players every day. King of the Hill usually happens once or twice a day depending on the minecraft server. You have to control the capture area for a certain amount of time to win the rewards. Simple, right? Except, if you get knocked out of the capture (usually marked by a red zone) then the timer resets.

Once you've geared up and reached the end stages of the game, the pvp arena is a great way to match up with other players for battle. Take your best loot from your skyblock island and battle other players in a free-for-all arena. Team up or go solo. Be careful though, if you die you'll lose all the loot in your inventory. 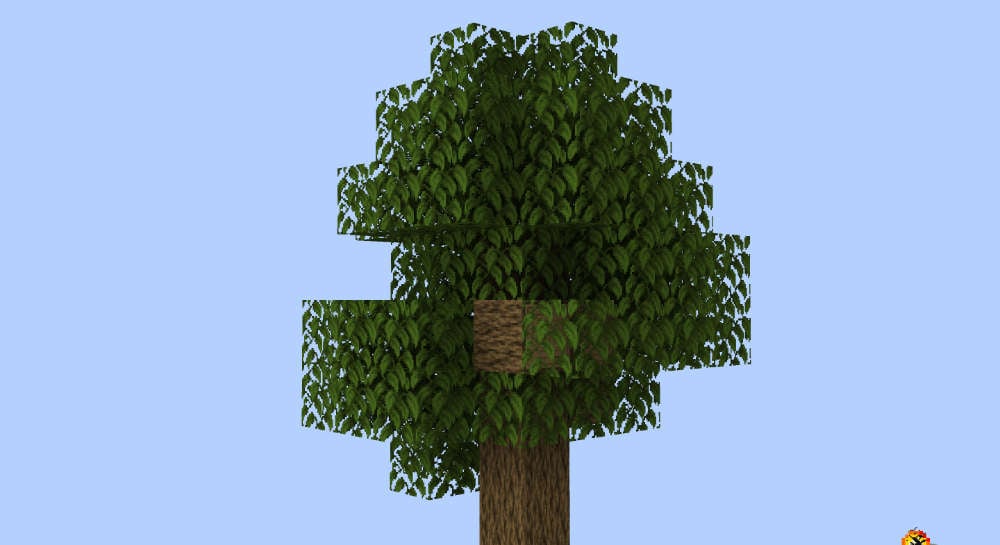 How Many Players Online?

Large skyblock servers usually have anywhere from 200 players online up to a maximum around 1,000. While there are some anomalies outside this range; this is the average amount. For example, OneBlock MC reached 1,700 concurrent players online at one time in 2020.

How do you make a farm in Minecraft skyblock servers?

It has become essential in recent years for skyblock servers to be paired with a discord group. This allows every community to flourish, with new players meeting each other and getting the latest server updates.

On the Discord servers, server updates are posted and thousands of players hangout for chat when they're not playing the game. Discord is available across all platforms, so you can also chat with players when you're on your phone.

The multiplayer chat is packed with players chatting 24/7. Different skyblock servers tend to have different communities and you can get a feel for this by trying out all the options available. Game chats are moderated with safety features such as chat filters and rule breakers can be reported and removed from the game.

How to play skyblock on minecraft servers?

Join your desired minecraft server and you will usually spawn in the network lobby. From here, there's a variety of games available to play. Choose SkyBlock from the list of characters / menus to start playing. Make sure you are playing on the latest version of the Minecraft launcher to ensure there are no connectivity issues.

Newer servers such as OneBlock MC have made it easy to get started on any skyblock server. Usually accessible with either the [F] Key or a menu in your hotbar, all the features can be accessed without running any commands! This makes a great contrast to the skyblock games from just a few years ago, where they relied entirely on you memorising long and confusing commands.

Team up with other players, access the enchanter, travel around the world and more, all from a simple game menu. This makes the game much more enjoyable for players of all ages and especially those who haven't played much Minecraft before. 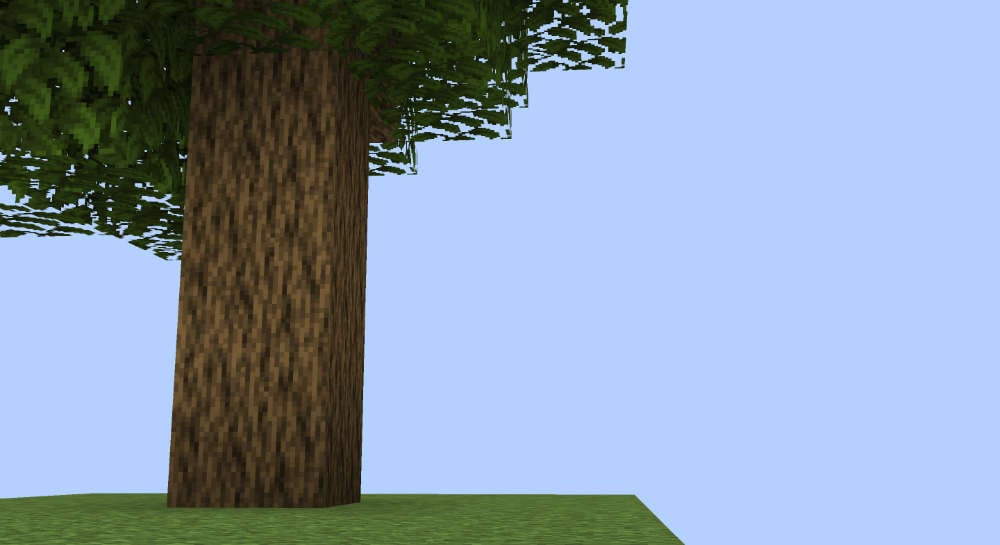 Recently, it has become possible for Java edition servers to offer crossplay with the bedrock edition. This puts players on both versions of the game in the same world; something which was just a dream a few years ago.

Whether you're playing on a mobile or a gaming computer, you can experience the skyblock servers together. As always, your progress is saved automatically so you can switch between devices without having to worry that you will lose any data. 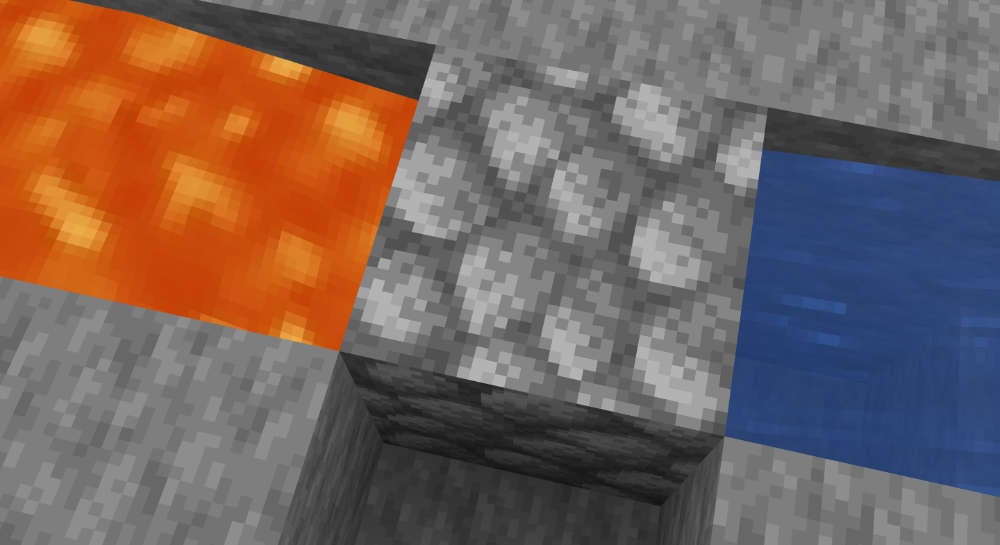 Played by huge YouTubers such as aCookieGod and TikTokers such as JoofyLooby, come and play the skyblock minecraft servers today.

How to gain money on minecraft servers with skyblock?

Locate the server shop to see the items you can sell for money. Many shops will also let you buy the items needed to start making money. For example, you could buy sugar cane and then start farming it in order to sell to the shop. Quests usually reward players with either crate keys or money directly. Boss fights and adventure zones are also present on many servers and can be taken advantage of to earn quick cash.

Need help or want to report a player? You can report players from the minecraft server on the community discord. A staff member will be happy to assist you through the ticket system. Run the command "/discord" in-game to get started. 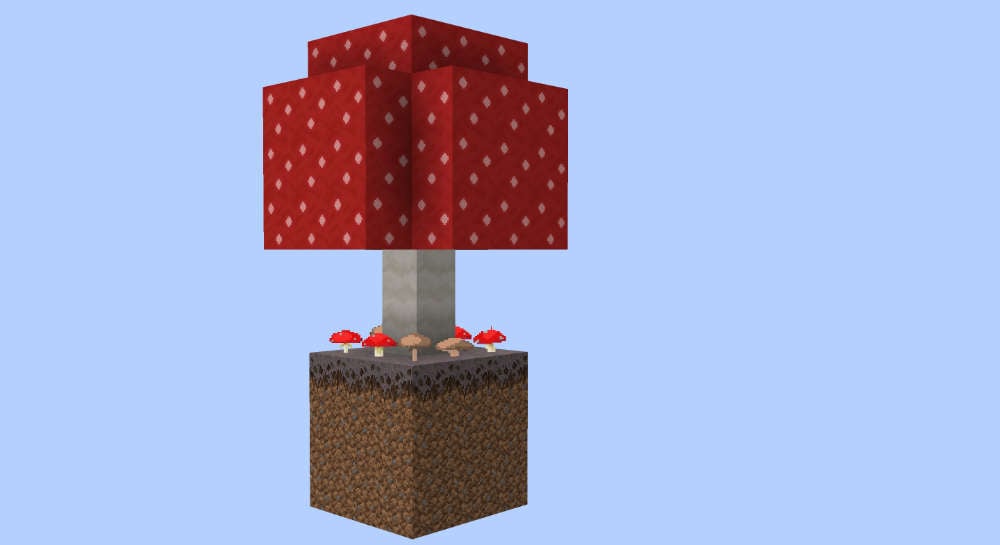 The big servers usually offer multiple minecraft skyblock servers to choose from. They can vary by difficulty or simply just the theme. Find a theme you like and you are more likely to meet players similar to you.

Love cookies? Head into the Cookie realm on OneBlock MC. Looking for a harder experience? Head onto the Hardcore realm and start playing. What about a straightforward modern game? The Atlantis realm may be best for you.

Turn One Block Into An Entire World

A similar variation to skyblock, oneblock skyblock lets you turn one block into an entire world. Every time you break the block, a new block appears. Keep breaking it to reach new levels and expand your skyblock base from just the one block you begun with. 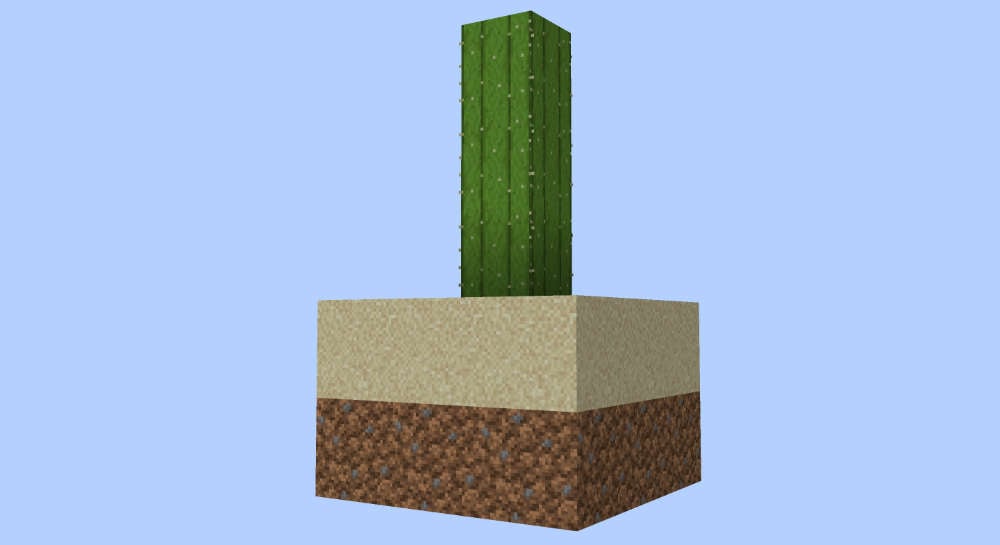 Choose from a range of realms and worlds and start your adventure on a skyblock server such as OneBlock MC today. The server IP is play.oneblockmc.com and the name is OneBlock MC. Open your Minecraft Launcher and play for free now.

How to find skyblock servers on Minecraft windows 10?

To begin with, add the OneBlock MC server as an external server on windows 10. Head to multiplayer and input the following details: Server Name -> OneBlock MC and Server Address -> bedrock.oneblockmc.com. Find a skyblock server to play on once you are online.

What do you do on Minecraft SkyBlock Servers?