Learn about creative Minecraft servers with worldedit, big plots and ranks. See how to play multiplayer with friends and gameplay tips and tricks.

Made popular by the singleplayer counterpart, creative servers let you build together with friends. Team up with friends on mega builds in large plots and take part in competitions.

Minecraft: Java is the most popular version of the game with many creative minecraft servers to choose from. 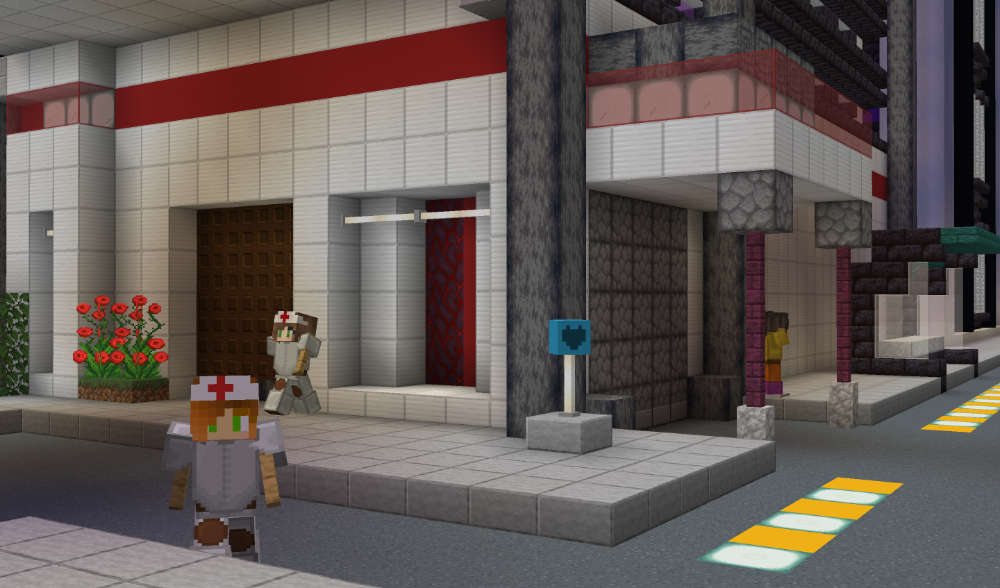 The difference between singleplayer and multiplayer in Minecraft is that in multiplayer you are online with others. One of the upsides of this is that you can team up with other players on creative servers. Add players to your plot, visit other players, trust players temporarily, kick players or even change ownership over to a friend.

Many servers offer large plots which you can share with other players and work on buildings for free. Get your own protected plot and learn the teaming commands on the network of your choice. Play with as many friends as you like, servers do not generally have an online player limit. 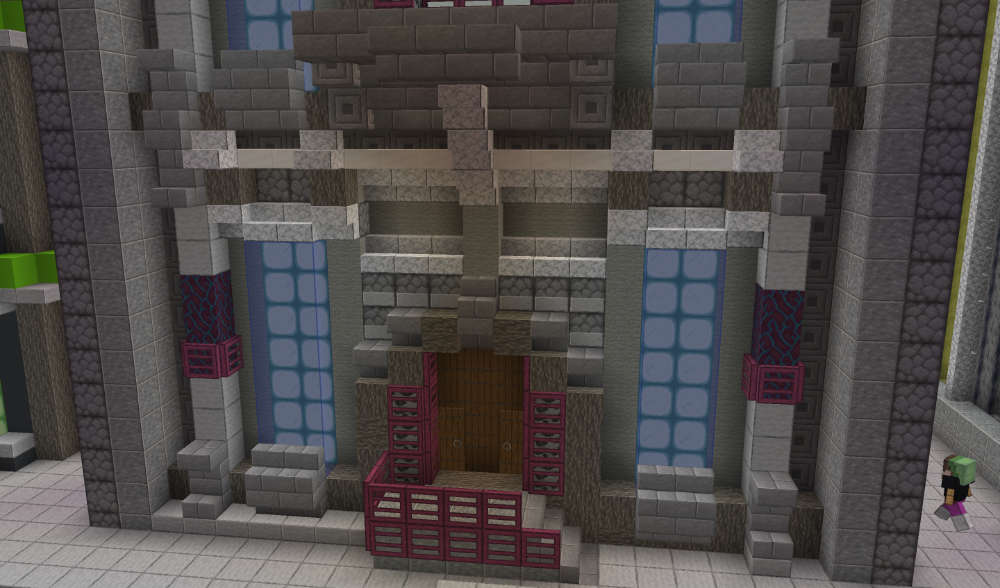 What is Creative Mode in Minecraft?

Creative Mode allows you to take on Minecraft buildings with unlimited access to items and blocks. Fly around your world with the ability to instantly break and build blocks. There is no hunger, food, or the possibility to take any damage. If you just want to start building, this is the game mode to play.

Creative is perfect for taking on large-scale building projects which may not be possible in survival mode. Create your own world exactly how you'd like to without any restrictions. There are also blocks that are only available in creative mode, such as barriers and bedrock.

While you can't build with friends as standard, if you play on Minecraft creative servers you can team up on building projects. Add other players to your plot and let them build and use world edit. You can promote players which will allow them to further add your other friends. This can be useful when you want to create large teams and not all members are able to be online at once! 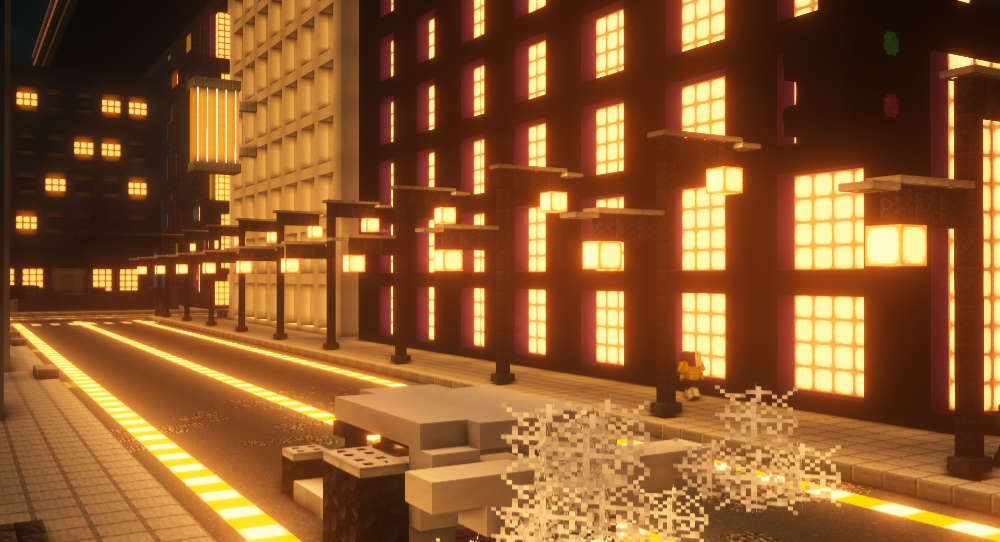 A feature on any good minecraft server, world edit allows you to manipulate the world and change hundreds of blocks at once. This is one of the most popular mods in Minecraft and is used in many large scale builds featured on places such as the official Minecraft twitter. Change walls, add floors, remove areas and more in a single command.

It is accessible with the game's commands and is usually free if you help the said server by completing a task such as voting. This takes a few seconds and helps the server to gain new players like yourself. It is safe and usually unlocks the popular WorldEdit mechanic. 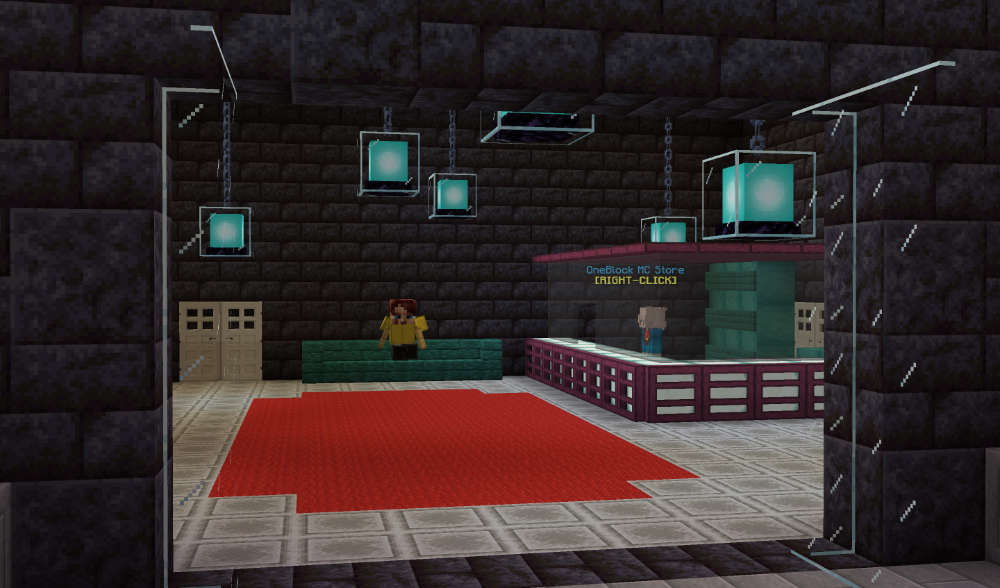 Ranks are displayed next your characters name in both the online menu and the chat.

Are There Monsters In Minecraft Creative Mode?

Mobs do not do damage to you while in creative mode and will not target you like in singleplayer mode. On multiplayer servers with plots, monsters do not usually spawn due to the lack of use in this mode. Have fun building without any distractions! 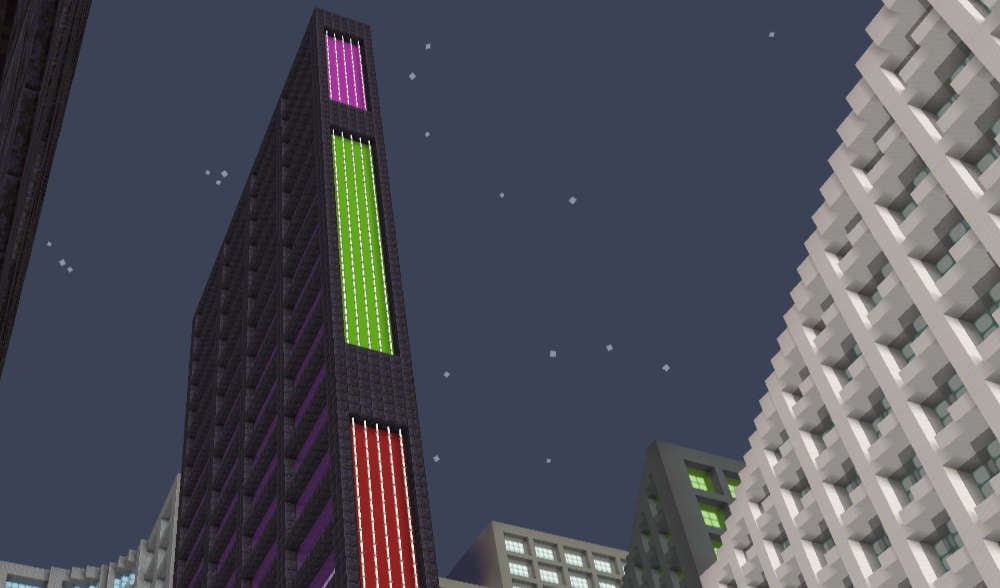 If you want to play creative with no plots, look for a freebuild server. These use the same terrain as a normal survival world, but with creative mode. There is usually a protection system in place in order to claim your land. Take a normal Minecraft world and start shaping it to the building you desire. This will allow you to build with other players, while getting the same experience offered in the singleplayer version of the game. 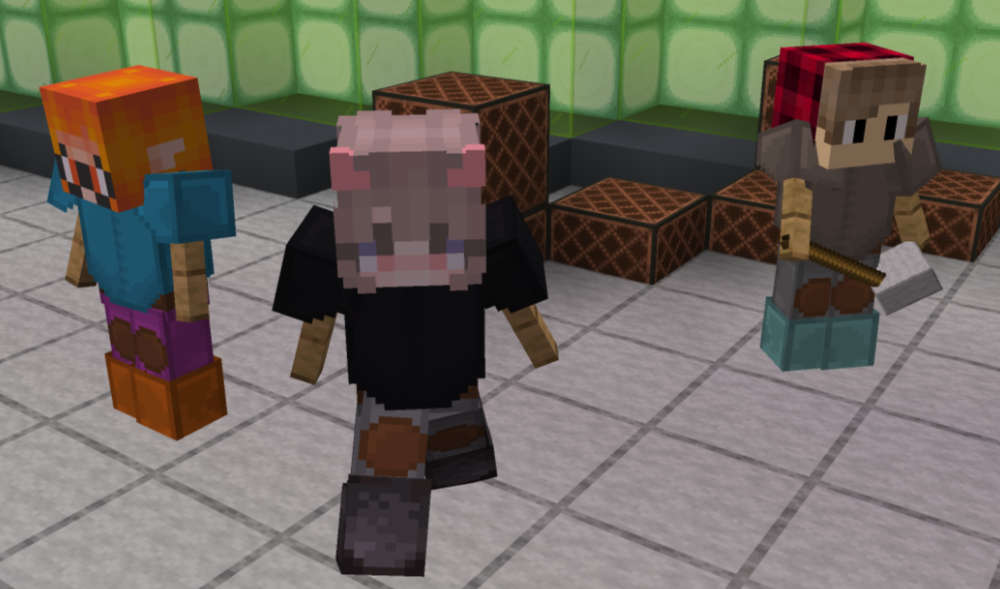 What To Do In Minecraft Creative?

Looking for some inspiration on your creative adventure? We've put together some ideas on what you can do when playing this game mode: 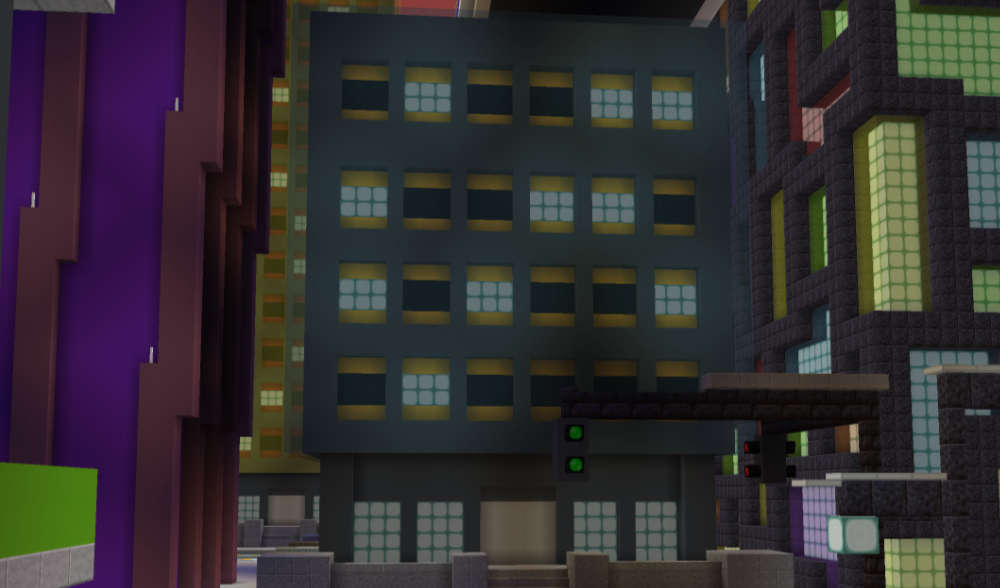 How To Do Creative On Minecraft

Use building guides: A quick search online for Minecraft buildings will give you hundreds of ideas to get inspiration from and use in your plot. Why not start out by using a few different builds until you can find your own style? 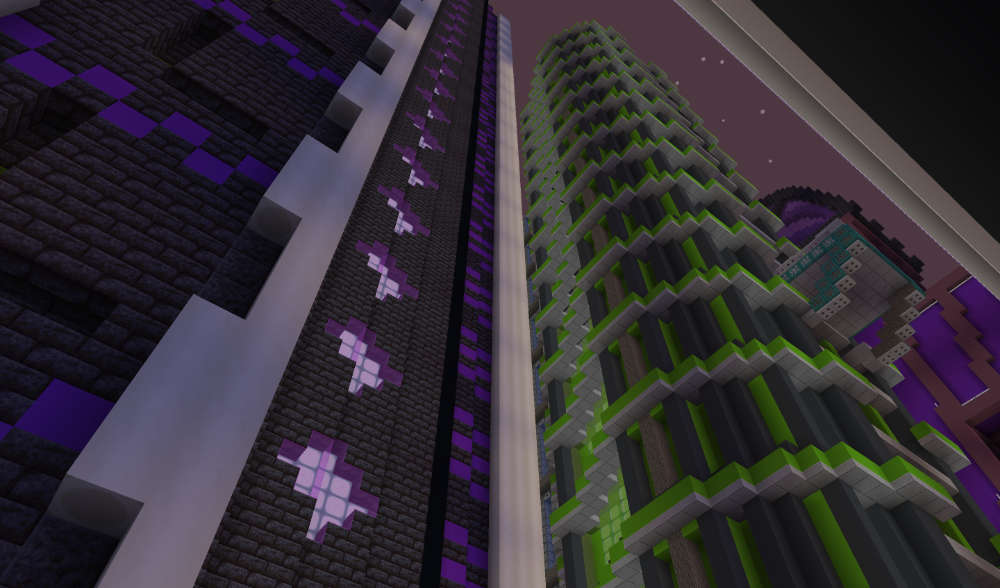 While there are many creative minecraft servers, one of the features that sets them apart is the plots. The top servers will usually offer bigger plots; occasionally up to 256x256 blocks each.

Did you know? The plot world is stored on the third-party server, the worlds can be very large and run into the hundreds of GBs! It is saved automatically so that you can leave and rejoin the server later on. If you complete a plot, new plots can often be unlocked from the server store. 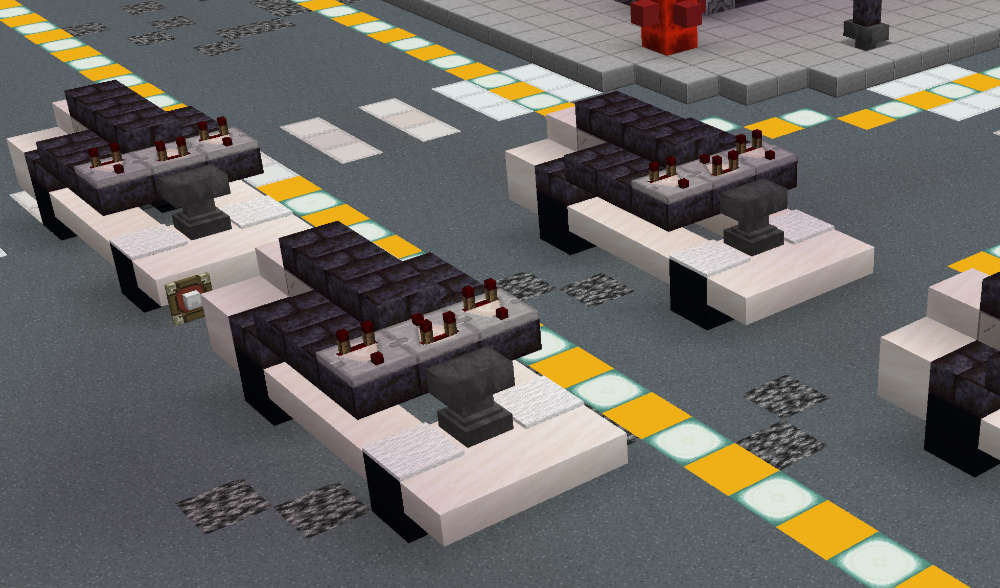 Yes. Both the singleplayer and multiplayer variants of the game are free to play and included in the game without any mods. 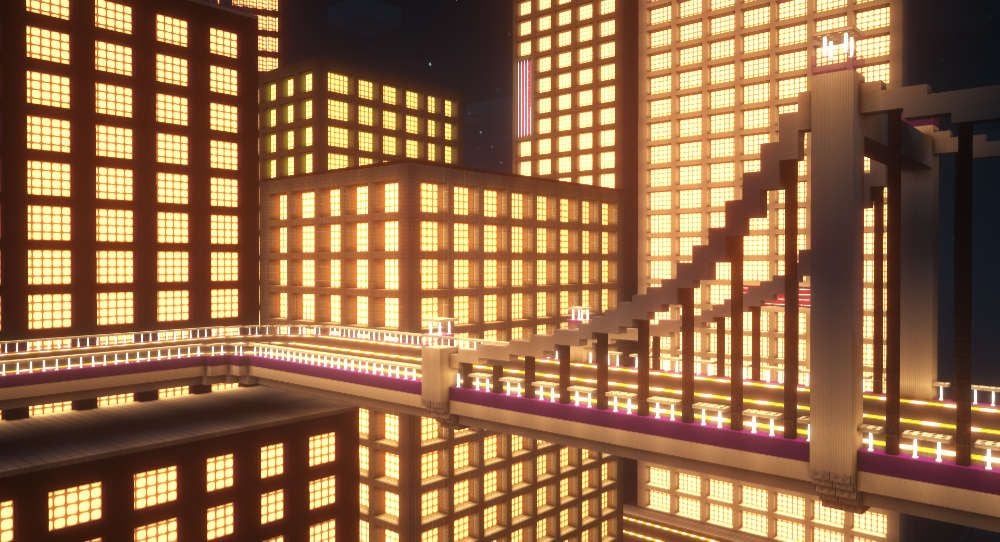 /plot auto: Get a new plot

/plot setowner PlayerName: Transfer your plot to another player

/plot add PlayerName: Add a player to your plot

/plot trust PlayerName: Trust a player on your plot

/plot remove PlayerName: Remove a player from your plot

/plot deny PlayerName: Deny a player from your plot

/plot kick PlayerName: Kick a player from your plot

/tp PlayerName: Teleport to a player

/tpahere PlayerName: Request a player to teleport to you

/join: Check out the premium ranks including extra plots

/discord: Join Discord to chat with other players

/pay PlayerName: Pay a player. Why not set them on a building project?

/refer: Invite your friends for rewards

How To Get Minecraft Creative Mode

To play solo, head to the singleplayer version of the game and create a new world. Select creative from the gamemode options and start playing. To play with other players and friends, head to multiplayer and add a server such as OneBlock MC. The Server IP is creative.oneblockmc.com and lets you enjoy creative fun with features such as custom vehicles.

The world edit features on many of the top servers are as follows:

//wand: Get a World Edit wand which you can use to choose two points to change.

//pos1: An alternative to the world, set your first position to your character's position.

//set: Set a pattern of blocks within the two points you have set.

//replace: Replace a pattern of blocks with the two points you've set. 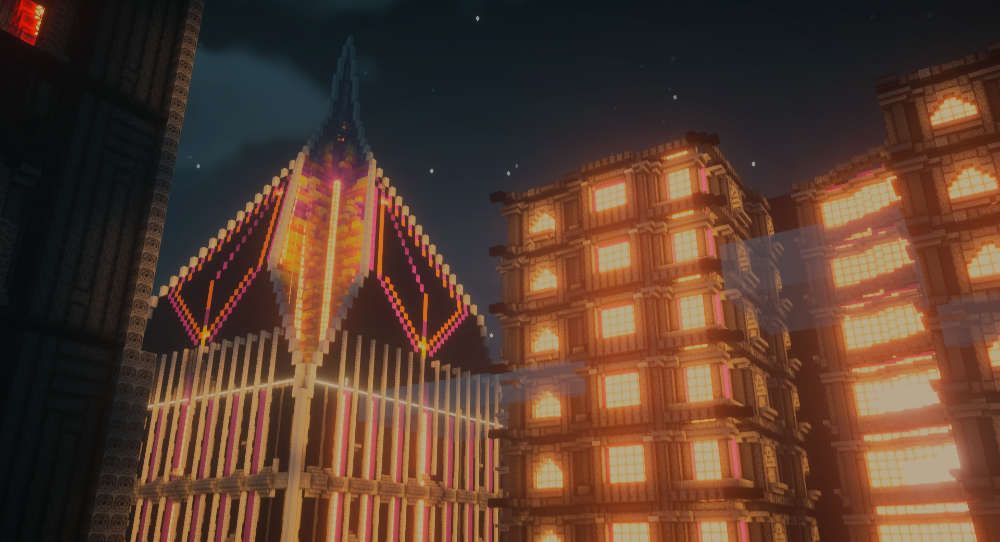 When Did Minecraft Add Creative Mode?

Creative was added as early as the pre-beta versions of the game. It started out with no option to fly and was later removed. It was re-added in the beta version of the game in 2011. It is continuously maintained with new blocks and items added in new versions.

What Should Parents Know About OneBlock MC Creative?

Our aim is to make OneBlock MC a safe Minecraft community for players of all ages. The oneblock server rules are strictly enforced to ensure that the game is safe for everybody. Chat can disabled from the Minecraft settings page and plots can be created solo if your child does not want to team up with others. If there is a problem in-game, support tickets are available to report pesky players or get help from our global team of moderators.

The server IP address for one of the top rated servers is creative.oneblockmc.com. It is free to play and always on the latest version of the game. It is available on both java & bedrock versions of the game and comes with a variety of powerful building tools. The amazing cloud network automatically saves your progress so you can switch devices and save your builds.

OneBlock MC
In this article, I’ll share some ideas, tricks, and strategies for playing and nailing every map you come across in the exciting Minecraft Parkour.
6 min read Feb 09, 2021
Blog public

How to make money on skyblock servers

OneBlock MC
Here's how to make money on a skyblock server: the most basic tips for those that are new to the sky world.
3 min read Jan 19, 2021
Great! Next, complete checkout for full access to OneBlock MC Minecraft Server | One Block Server
Welcome back! You've successfully signed in
You've successfully subscribed to OneBlock MC Minecraft Server | One Block Server
Success! Your account is fully activated, you now have access to all content
Success! Your billing info has been updated
Your billing was not updated