Work your way through the phases to the top of this island based gamemode. See the latest tips & tricks for Minecraft OneBlock in 2022, whether you are playing on Java Edition or Bedrock! Read now and start playing the popular game.

First things first, you should focus on completing the island phases. Thanks to the recently quality of update, brought out in March 2022, you can go back to any phase of your choosing. By completing the island phases early, you can farm all the types of blocks and items for your base. Whether you want to build using acacia logs or end stone, they can all be unlocked from the one block! 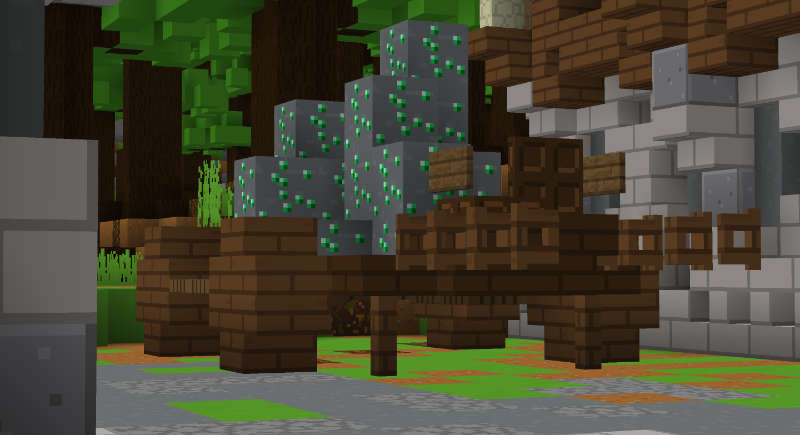 When you start to become established on oneblock, you can begin to explore everything that there is to offer. Different servers, such as Adventure, have different islands with Minecraft monsters you can take on to earn money and improve your skills.

However, one thing that all the oneblock games have in common is the player shops. You can setup markets, malls, or simple trading stands to allow other players to come and trade items with you.

This can be useful if you are looking for large amounts of a certain block, or need a specific enchantment. With thousands of players in the community, there's sure to be a shop with the items that are you hunting for.

Team Up On A Building

Java edition Minecraft servers are often played by thousands at the same time. OneBlock MC allows you to create large islands where you can team up with other players on your survival island. Create mega projects, buildings or even spawner farms which are usually more common on Minecraft creative servers. Blocks are easy to come by when you are further along the game, with the official server shop selling them too. 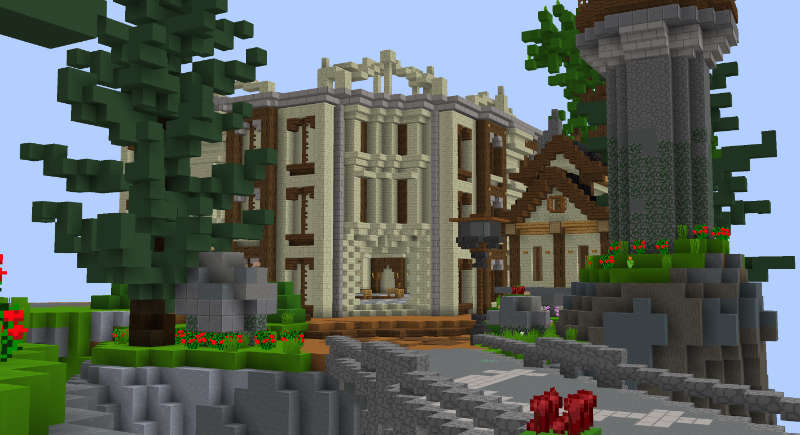 Take On The Quests

Earn money by completing quests, farming items and taking part in all that the game has to offer. There are plenty of new features and items which you can explore to put your money to good use. Custom enchantments can enhance your tools and armor with new perks such as the ability to create 3x3 trenches when mining. There's also enchantments which you can use while grinding to get abilities such as extra experience from farming spawner mobs.

Battle In The Multiplayer Arena

One of the things that makes the oneblock skyblock server stand out from the map is multiplayer. The multiplayer arena is a great way to put all your hard earned items to the test. Free-for-all fights against other players turn up the difficulty, but can be very rewarding. Battle for control over the king of the hill gamemode to win prizes to further improve your base.

Completed oneblock and looking for a bigger challenge? Try out the Hardcore oneblock server, which is the newest addition to the lineup. If you die, you will be banned from the game for 8 hours! Furthermore, the difficulty is turned up to hard mode. Do you think you can complete the game without facing a ban? Play now and see for yourself!