Play together with other Minecraft players in co-op mode. Begin in the multiplayer section by joining a survival server. Learn more and get started in this guide.

On this type of survival server, you can play in co-op mode with another player. Team up and explore the world together. Once you find somewhere suitable, you can begin building as a team. Work through the game and meeet and interact with other players along your way. Take part in multiplayer events, 2 player boss battles and unlock new items. 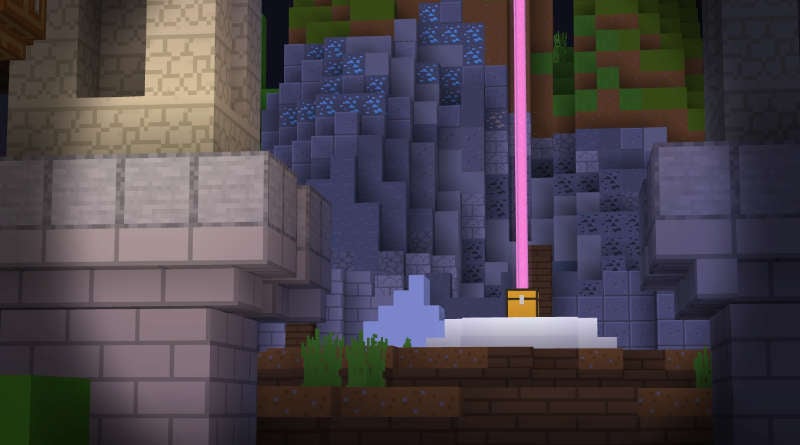 There are lots of features which make multiplayer co-op stand out from the singleplayer experience that you may be used to.

Most items in co-op have a worth attached to them. You can sell items to the server in order to make money or trade with other players. Use your hard-earned money to buy new items, blocks or simple resources for your next team build. Your balance is individual to you.

Teams allow players to team up on game modes like survival or skyblock 1.19. Join up in multiplayer and formalise with the use of a team. This lets you store money as a team through your team bank, protect group land and unlock upgrades by growing together.

Complete a range of tasks in exchange for monetary rewards in the game. Head on fun adventures which you may otherwise not have undertaken, like scavenging the end world in hunt of a specific monster. Quests add a lot of structure to the game and are great for those who enjoy that aspect of any game.

By design, yes. There are no paywalls built into Minecraft multiplayer and you will not be charged for joining a server. However, some servers may whitelist the server, meaning you cannot join unless you have been granted permission. This is rare and usually only occurs on private servers. For popular multiplayer games like co-op, this is very unlikely!

OneBlock MC is one of the best voted Minecraft servers. You can play a range of games like co-op survival, oneblock, skyblock and more arcade style games like TNT Tag. To begin, download the latest version of Minecraft and open Multiplayer. Follow the server details to join and start playing.

Is 2 player Survival worth playing in Minecraft? Here are some of the things to consider:

It is play.oneblockmc.com. Open Minecraft > Multiplayer > Direct Connect and enter the server address to start.