Minecraft 1.19 Update: When Is The Release Date?

Check out all the top features in the Wild Update which launches on both Java & Bedrock editions in 2022. See the new mobs, biomes, items and more.

While you may exploring the new caves & cliffs from the 1.18 update; there is a new update already in the works and due to release this year. Coming to both Java & Bedrock edition; here's everything you need to know about the 1.19 update. Please note that this guide covers the majority of information about the update available as of March 15, 2022.

It is going to be called the Wild Update! It gets this name because it contains a new biome that spawns deep underground of other biomes. It is called the Deep Dark. If a player triggers a scull shrieker enough; the new Warden mob may appear. 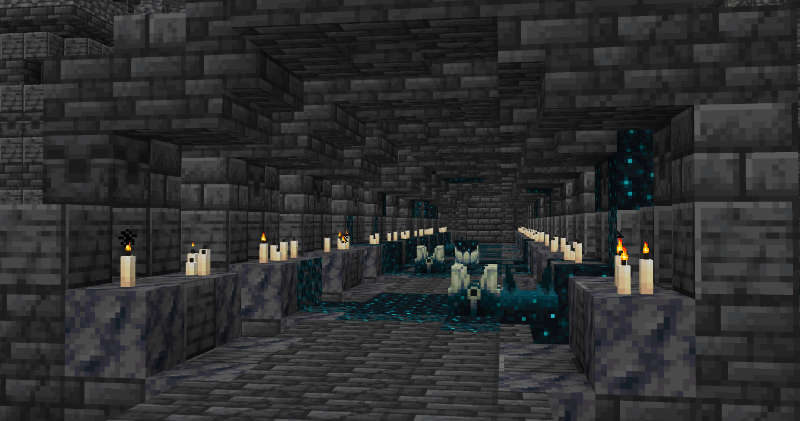 As with all Minecraft updates, there's new blocks, items and mobs to adventure with. Here are some of the top additions coming in the update below:

A zombie in Minecraft has 20 health points. The new Warden mob, which is completely blind, has 500! They deal the most damage of any monster and have the highest health as well. It relies on vibrations to detect players and its appearance is almost a cave-like iron golem!

Underneath the taigas, plains and more lies the deep dark biome. Found underground and often in mountainous areas. This new biome contains the new sculk veins with blocks such as sculk shriekers, sculk sensors and skulk catalysts. It generates the new ancient cities which are explained below! 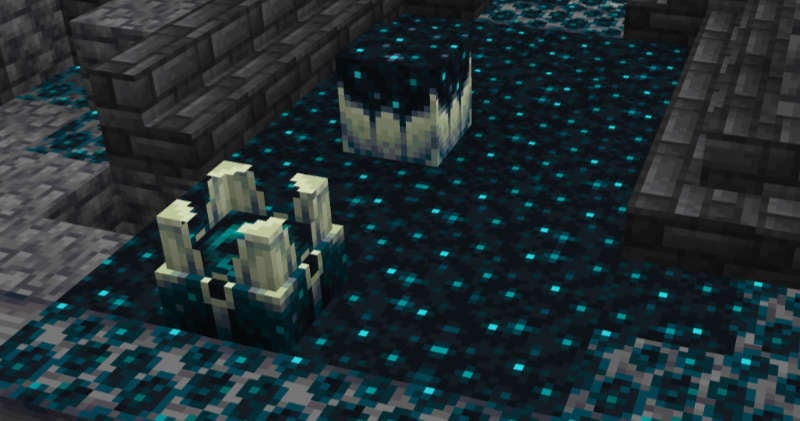 While it was originally made for the 1.17 caves & cliffs update; the Ancient City will now be debuting inside the deep dark biome in the 1.19 update. The only other type of city is the end city; but that is in a different world. This new ancient city is in the overworld and includes a variety of new blocks which are explained below!

In our opinion, sculk looks sort of like the inside of an ender pearl; if it was a block! It is found in the deep dark biome and requires silk touch to be collected. The sculk catalyst creates a patch of sculk if a mob dies within 8 blocks of the catalyst. We think there will be lots of magical themed builds created using these blocks on oneblock skyblock! Have you got any ideas? 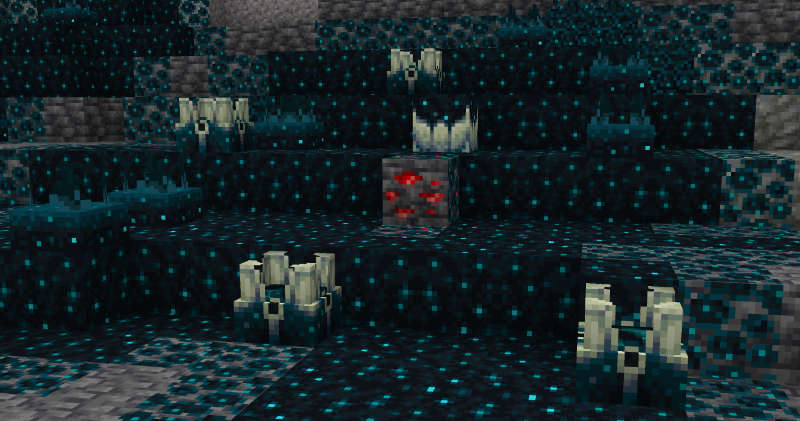 The new mangrove swamp biome represents an overhaul of swamps and also brings new mangrove trees. Little is known about this biome, but it does bring it up to date with other biomes which have been overhauled in recent update. The new mangrove trees tower over you and take new directions, while fireflies and frogs are seen nearby. This new log is sure to be popular in earthy style builds.

Just like the Glow Squid was voted in for 1.17, the new Allay mob was voted to be in the 1.19 update! It is the complete opposite of the Warden, as it is small and able to fly! What makes it stand out from all the other mobs is that it can carry items for you! While a donkey can carry a saddle to gain an inventory, that isn't quite the same as the Allay, which has 1 slot to carry 64 items.

Just like in real life, the new Firefly will be small and emit a bright neon light. It will be the smallest mob in the game and is likely to be common in areas such as swamps! They can only spawn at night.

The new Frog, which comes in three colors, grows from Tadpoles; which are also a new addition to the game! A popular request over the years, this new mob fits well with the new swamp updates. It feeds on slimes and can be breaded using slime balls.

As is common with big Minecraft updates, June 2022 is expected to be the release date of the 1.19 update: the wild. It will come to both Java & Bedrock editions at the same time. There will be snapshots and early previews available for testing before this release date! Are you looking forward to it?

This guide will be updated if any new information is available about the Minecraft 1.19 release before its release.