Which One Block Island Phase Is The Best?

Playing through the one block skyblock game? As you mine the block, you'll unlock new phases of the game. Collect different collections of blocks and use them on your island adventure. In this guide, we'll debate which phases are the best! Read now and start playing.

One of the later phases in the game, plenty contains lots of your blocks and metals. It contains a high percentage of ores, including redstone, iron, lapis, coal, diamond, gold and emerald!

You'll also find all the various types of logs available to decorate your base in any theme. That's not all, you can also unlock bees, foxes and horses for your one block skyblock island. It is the 10th phase in the game and unlocked 8,500 blocks.

This is the first phase you unlock in the game after the starting Plains phase! It contains much better chances of ores and metals compared to the plains, as well as new mobs including bats! It is underground after all! It can be unlocked when you have mined your oneblock 700 times.

When you start to expand your base, the underground is the one you'll be using to collect a lot of your resources to do so. It includes stones, sandstone, diorite and more to begin building with! 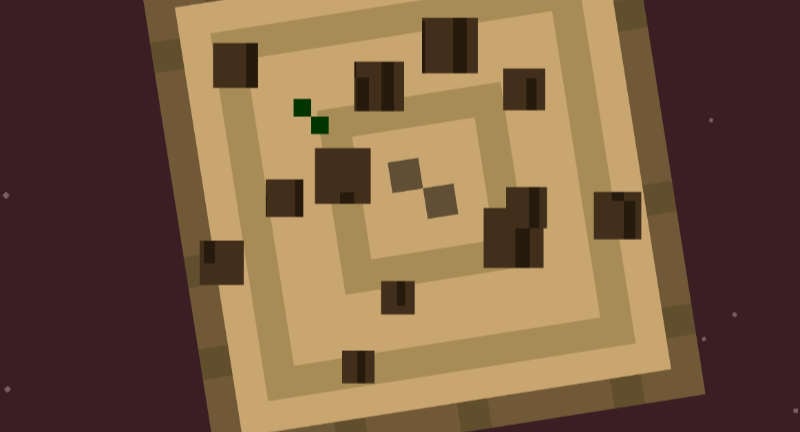 If you want to get items and blocks from the nether world, you need to have unlocked the nether phase to do so. When you mine 7,500 blocks, it will become available to you.

TOP TIP: Come back to certain phases by running the /phases command.

Get all the mobs from the nether such as wither skeletons, blazes, zombie pigmen and even ghasts! When you reach this stage in the game, it is good to make sure you have a cage or an enclosure setup around your oneblock. This can prevent surprise mobs from escaping and also makes it easier to tame certain mobs for your pens!

Create aquariums with items and mobs from the ocean phase! Meet dolphins, tropical fish and more all from the Minecraft 1.13 aquatic update. This has to be one of the best phases because all the items and blocks are from the newer version of the game. If you haven't played Minecraft for a while and come across the ocean phase, you'll love the new colors and animals ready to join your island!

Along with the overworld and the nether, the end is the third world available in Minecraft. Just like the nether, this phase is where you can obtain those blocks! It includes the purpur blocks, shulkers, enderman, end stone and more to give a void & purple theme to your base. End stone bricks are useful for a wide variety of lighter themed builds such as palaces and possibly even more modern style houses.
What will you create? Try out this game and decide whether you agree with our list!