Packz discusses the new OneBlock realm and we check out player feedback. Have you played the popular new game yet?

A ping on the Discord (which you can join by clicking here) shocked many the other day when it was announced that another new realm would be released. Players and many alike were starstruck by yet again another major improvement that was brought to the server.

In this post, I’ll be discussing the new realm and getting some player thoughts! I’ll also discuss what the future may hold for OneBlock as more amazing updates come out!

Another New Realm…What’s Really The Difference?

With every update, our Developer’s and Admins do such a great job improving the playing experience. This realm sees new features, such as new planets, chunk loaders, and a fresh take on the economy! While it takes features such as the Omni-Tool (which can be purchased on our online store), phases from the core OneBlock experience, and other things, it really differs with the custom plugins and bosses that were added!

What Are the New Features Exactly?

One of the major features, as mentioned before, are the new planets that have been added! Currently there are 4 planets, each of them having better loot then the past. These include the Beginner, Adventure, Forest, and as described by one of our lovely Administrators Kittenxoxo, the “ghoulish, spooky” Crimson planet.

These planets have ores that can be mined for easy money. The higher level planet, the more moola you make! The best part about it is the 0 effort it takes. All you have to do is mine the block and the money goes directly into your balance! Pictured below is what the Beginner Planet looks like. Here is where adventure begins! 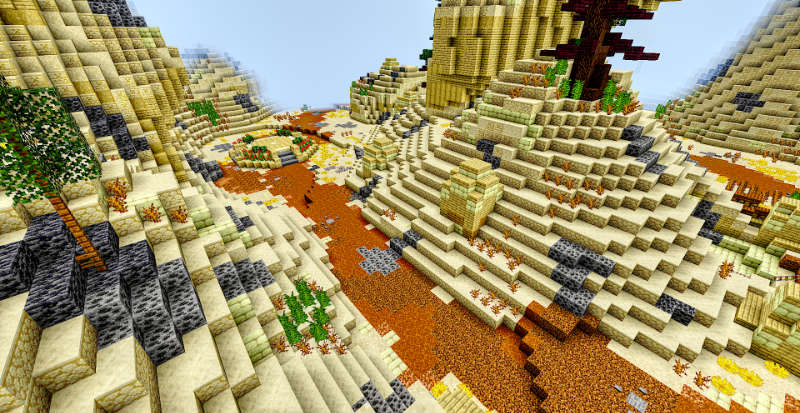 Another super neat feature added to OneBlock Galaxy are the inclusions of 7 custom bosses! With these, you’re able to fight them with a mass amount of players and fight for who gets the awards! An interesting feature to note, the more damage a player causes to the boss, the better rewards they get!

After speaking with some players, one player stated “As someone who doesn't like traditional pvp, I really enjoy them. It's low-risk, but still lets me have fun and interact/compete with other players!” With the realm just coming out, the limits of what can be improved with them is astronomical. This is making players, and especially myself, excited for the future updates to come!

An early look at the economy in the realm shows a bright future! With the additions of Prestige Levels that increase selling multipliers, Sell Chests, a great addition of Chunk Hoppers! Being able to connect any chunk hopper with any sell chest is going to be NUTS for people who love building large farms.

Chunk hoppers are also able to work with normal chests. Furthermore, with the new planets, being able to make money has never been easier! Any player at any level has a fair chance of becoming number one on the balance top 10 list! Pictured below is a screenshot of a large farm in progress by a player! 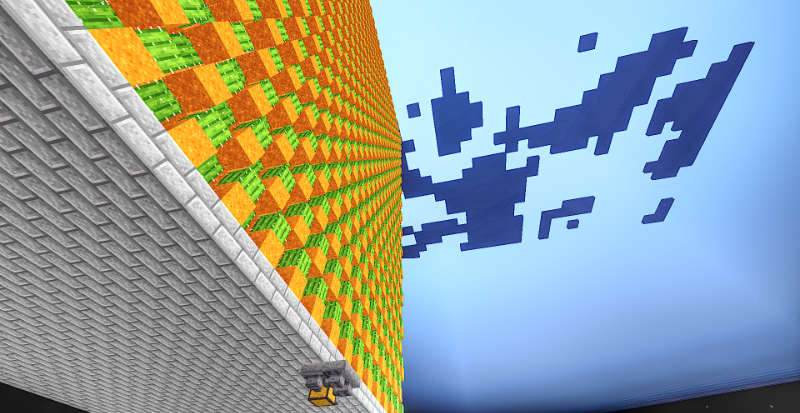 So What, Big Whoop. What Are People Actually Saying About the New Realm?

I went around and asked some of our lovely playerbase and some of our amazing staff members about the new oneblock 1.18 game! Here’s what a couple of players had to say!

As you can see, our players have been really enjoying the new realm! No matter the playing style, Galaxy seems to be a fan favorite! 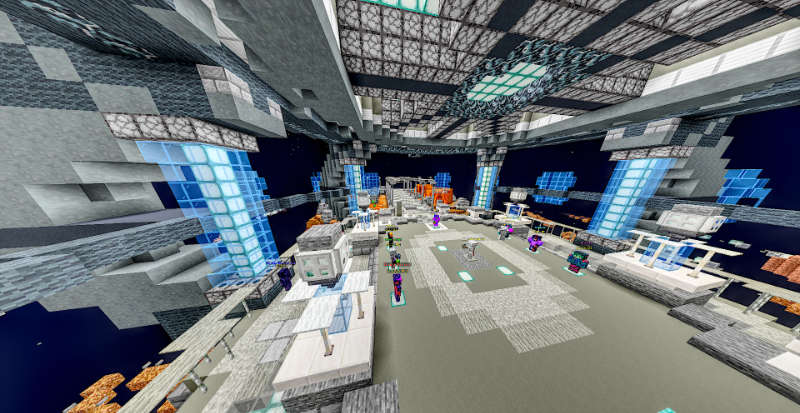 Ending Notes and a New Section?

With the release of Galaxy, it is getting players hyped for the new updates coming soon! I personally can’t wait to see what else will be done with new realms and what is to come for the old realms! Let us know what you would want to see on our Discord or in game!

In addition, every blog post will include an OBMC Swag Fact (fun facts about the server) and the Packz Joke of the Day!  If you see me playing on Galaxy or any realm, tell me a good joke or let me know a fun fact you know for a chance to be included in the post and receive some swag items from myself!

Packz Joke Of The Day - What do you call a fish with a bowtie? So-fish-ticated!

Have a swag day,

OneBlock MC
On Bedrock survival servers, it might seem like a normal Minecraft world at first. However, you can team up with other players to work together. Take on new challenges and unlock extra features in this classic game mode.
2 min read Sep 22, 2022
Blog public

OneBlock MC
Minecraft has sold around 250 million copies since the game was released in 2011. That means there are millions of people who can play together in multiplayer. In this guide, we'll show you to get started online.
2 min read Sep 18, 2022
Great! Next, complete checkout for full access to OneBlock MC Minecraft Server | One Block Server
Welcome back! You've successfully signed in
You've successfully subscribed to OneBlock MC Minecraft Server | One Block Server
Success! Your account is fully activated, you now have access to all content
Success! Your billing info has been updated
Your billing was not updated